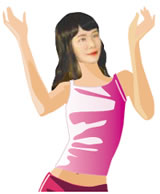 Korean scientists are working on creating the first android capable of walking and dancing like an entertainer. A mobile model is expected to be developed by 2010. Beginning next January, researchers from Korea Institute of Industrial Technology plan to upgrade the country’s first female androids EveR-1 and EveR-2 to EveR-3 by 2008 and EveR-4 by 2010.By then EveR-4 will be able to walk and dance as well as sing a song with substantially improved intelligence. There are several humanoids that can move with a human-like gait, including Hubo of Korea and ASIMO of Japan, but scientists have yet to develop a walking android.Humanoids have thick legs because of the many modules, motors and actuators incorporated in them. Thick legs are OK for humanoids, but researchers must cram all of them into the thin legs of androids since the latter should look like real flesh and blood human beings. 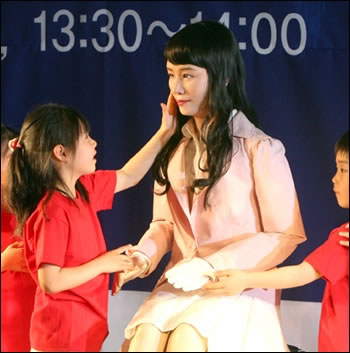 Models in the EveR series both look like Korean females in their early 20s. They can understand others, speak and blink. However, they cannot move. Ever-2 sits down and stands up but cannot wander around. For scientists it is a tall task by any measure to equip humanoids with all the materials in skinny legs and fitting a long-life battery built into its small body. That explains why even the most advanced robots cannot move around and use electrical energy through a power line.
Via – The Korean Times