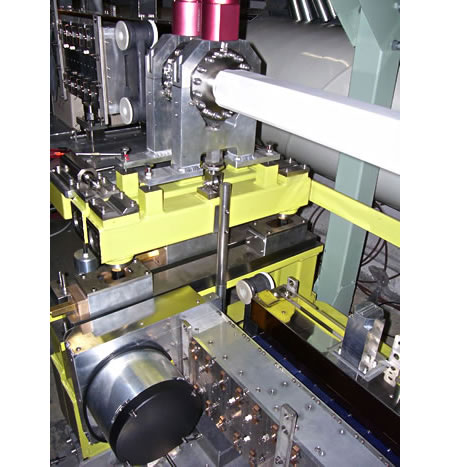 Kyocera today announced that its custom-designed ceramic vacuum chambers are being used in the Large Hadron Collider (LHC) operated by the European Organisation for Nuclear Physics (CERN) near Geneva. In the largest scientific experiment ever undertaken, protons fed into the LHC through Kyocera’s ceramic vacuum chambers quickly reach speeds of up to 299,792 km per second — just below the speed of light — in the world’s largest particle accelerator. Kyocera was the only company in a position to meet CERN’s exacting specifications for the vacuum chambers.

The chambers are made of fine ceramic because metal would produce a time lag in the magnetic fields that drive the protons. Kyocera’s chambers maintain the vacuum state present in the whole LHC system in order to keep the racing particles from hitting air molecules, which would otherwise reduce the protons’ speed or alter their precisely controlled direction.