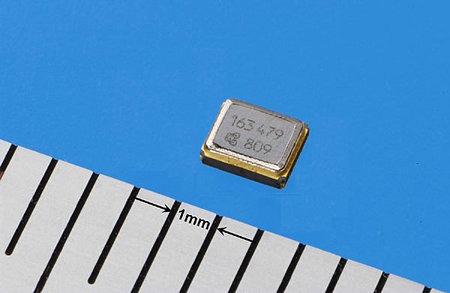 Kyocera will begin mass production next month of its new KT2016 Series Temperature Compensated Crystal Oscillator (TCXO), which has the world’s lowest profile and is amongst the world’s smallest TCXO units for GPS applications at a size of 2.0×1.6×0.75(max)mm. Along with its high precision in GPS applications, the new KT2016 Series has achieved an approximately 40 percent reduction in size and volume compared with Kyocera’s conventional KT2520 Series, thereby contributing to mounting area miniaturization.

The new KT2016 Series Temperature Compensated Crystal Oscillator has achieved a reduction in phase noise and current consumption. By combining lower supply voltage with standby capability, the KT2016 contributes to overall energy saving in the equipment in which it is employed.