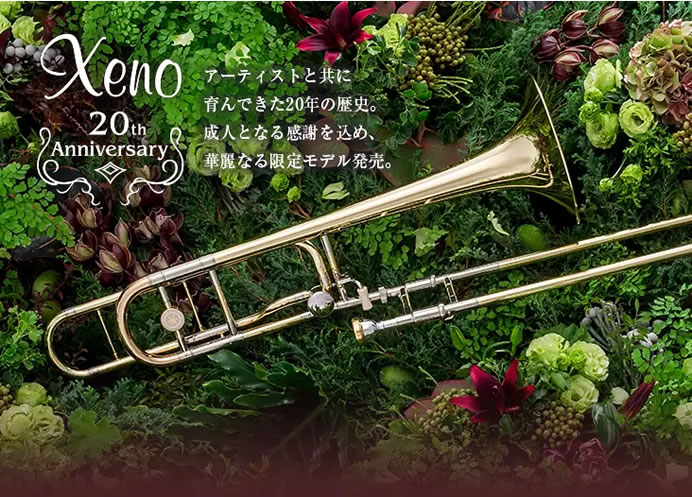 Kyocera’s proprietary Kyoto Opal is featured in a limited edition trombone offered by Yamaha. The synthetic opal material, showcasing unique radiance, is utilized in the counter-weight and thumb trigger — adding a luxurious feel to the trombone’s design which appropriately fits with the product concept as a special edition (YSL-882O20TH) marking the 20th anniversary of Yamaha’s Xeno series. 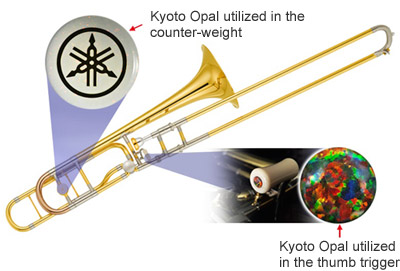 Two types of Kyoto Opal are used in the trombone: The polymer type featuring flexibility and applicability to broad areas is used in the counter-weight; and the resin-impregnated type with various rich and subtle hues is used in the thumb trigger.

Kyoto Opal is a synthetic opal material developed by Kyocera with a unique aesthetic quality that cannot be duplicated by other molded resin-based products. Using special coloring techniques, Kyocera creates Kyoto Opal in a variety of rich and subtle hues and tints.The new trombone model-YSL-882O20TH, marking the 20th anniversary of Yamaha’s Xeno series is available in North America, Europe, Japan(approximately for 405,000 yen -$3734) and other Asia-Pacific countries.