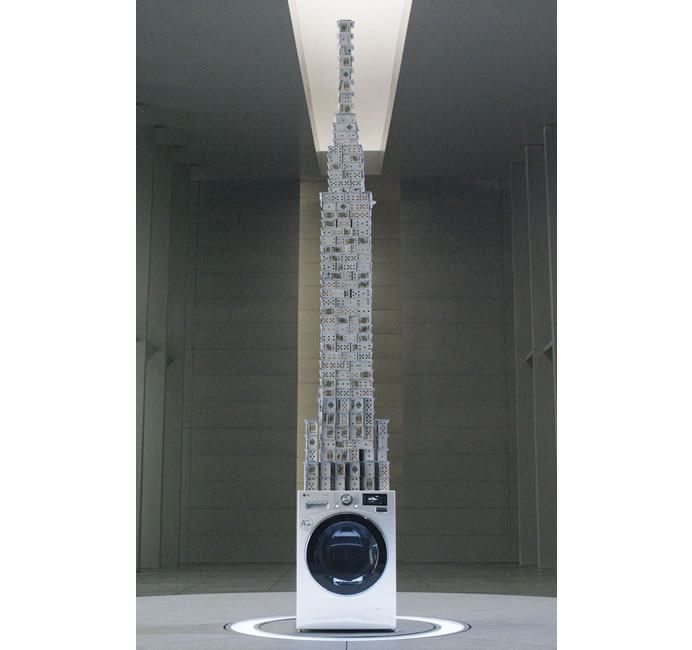 LG and Bryan Berg builds a 3.3 meter tall structure of cards atop an LG Centum washing machine spinning at 1,000 RPM

LG and professional card stacker Bryan Berg set a new world record for the tallest house of cards built in 12 hours. The record-breaking 3.3 meter tall structure was built atop an LG Centum washing machine while it was spinning at 1,000 RPM. LG’s unique Centum System utilizes a new damping system equipped with shock absorbers, similar to those found in automobiles. This fixed-tub system greatly reduces vibration and noise levels. By doing away with traditional springs to support the outer tub, the Centum System washing machine boasts one of the quietest spin cycles on the market, emitting only 67dB1, the equivalent of a typical conversation. 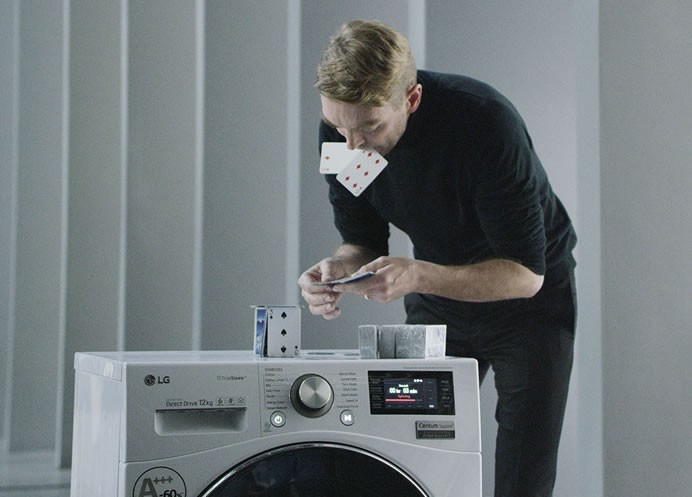 With less moving parts, there’s less friction, the leading cause of wear and tear in machines. LG is so confident in the technology that the Inverter Direct Drive motors in Centum System washing machines are covered by a 20-year warranty, double the industry standard. Bryan Berg, a Harvard-educated architect who began stacking cards at the age of eight, partnered with LG on his record-breaking attempt, a 48-story house constructed of only normal playing cards. 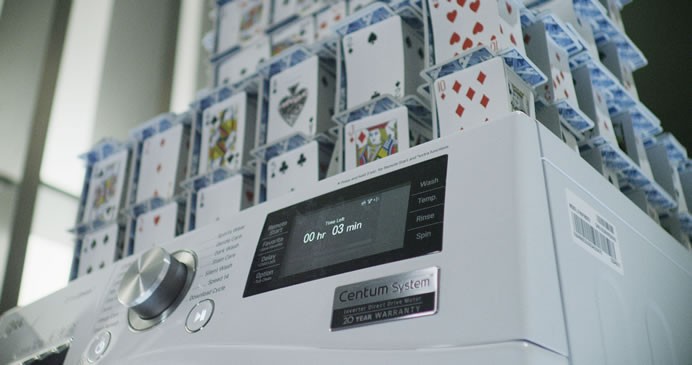 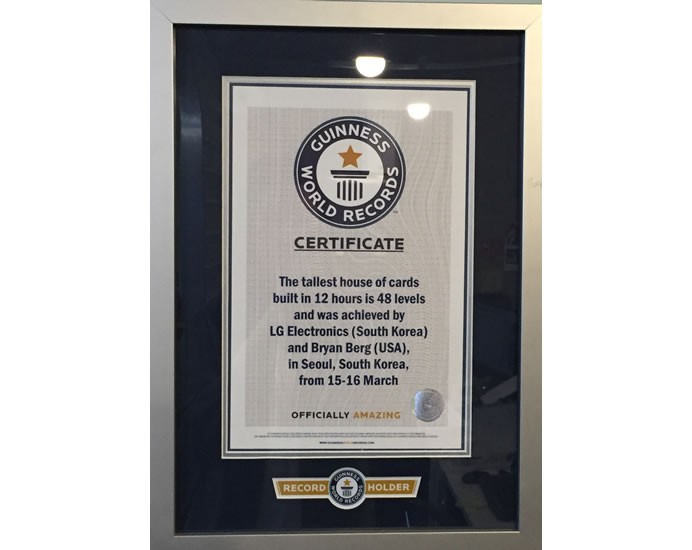