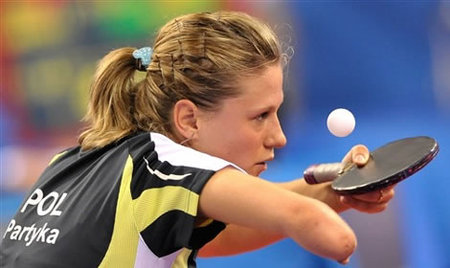 LG Display has agreed the sponsorship program with Ms. Natalia Partyka, the one of most famous table tennis player in the world. Natalia Partyka is a Polish table tennis player. Born without a right hand and forearm, she participates in competitions for able-bodied athletes as well as in competitions for athletes with disabilities. LG Display will give the financial support which is needed for her training activities in 2009 and Natalia Partyka will show up in the event of LG Display such as friendship match or bazaar event.