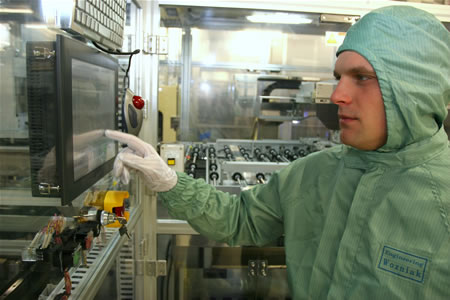 LG.Philips LCD announced today that full-scale mass production at its back-end LCD module plant in Poland starts from March 30, 2007. LG.Philips LCD’s module plant is located in Kobierzyce, near Wroclaw in southwestern Poland, and will produce LCD modules mainly for 32-inch and larger LCD TVs. The company plans to expand the annual production capacity of the plant from initial 3 million units to 11 million units by 2011. With major partners producing components and materials for LCD modules nearby, LG.Philips LCD’s module plant is expected to be a critical part of a highly efficient local production system for LCD products.

The start of mass production and the establishment of a base in Poland have enabled LG.Philips LCD to secure a strong foundation for mutual growth with our customers in the fast-growing European LCD TV market.