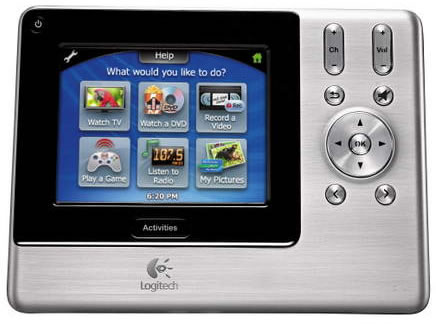 Adding a touch of luxury to its award-winning family of Harmony advanced universal remote controls, Logitech unveiled its new flagship Harmony 1000 remote, which includes a striking, color touch-sensitive screen. While it looks as expensive as traditional high-end, custom-installed remotes, the Harmony 1000 remote is more affordable, is easier for consumers to set up, and sets a new standard for ease of use. The Harmony 1000 remote’s touch-sensitive 3.5-inch screen makes the renowned Harmony activity control even easier by displaying the important controls when they are immediately relevant. And unlike some of today’s high-end universal remotes, the Harmony 1000 remote controls any device with an infrared receiver — including VCRs, digital video recorders, high-definition televisions, and many household appliances. Using radio frequency (RF) technology, the Harmony 1000 remote can also control multi-room entertainment systems and high-end components hidden behind closed doors, when used in combination with the optional Logitech Harmony Wireless Extender (sold separately). Meanwhile, its stunning brushed-chrome and piano-black finish makes the Harmony 1000 remote an aesthetic complement to today’s most sophisticated living rooms. 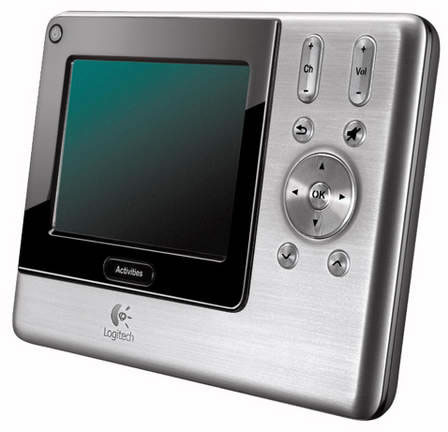 The Harmony 1000 remote is expected to be available in both the U.S. and Europe later this fall for a suggested retail price of $499.99 in the U.S. The Logitech Harmony Wireless Extender will be available at the same time for $149.99 in the U.S. and Europe. The Logitech Harmony 1000 remote is the interface that people crave for their home-entertainment system — it´s sleek, it´s easy to use with its one-touch activity based control, and it comes without a prohibitive price.
Via Logitech