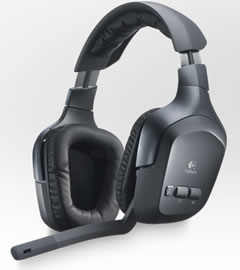 All the controls you need are right on the headset – including independent voice and game volume levels, microphone mute, and an input selector that lets you switch between any connected audio source without leaving the couch. The Logitech Wireless Headset F540 is rechargeable, delivering up to 10 hours of play time on a single charge (you can recharge while you play) .The Logitech Wireless Headset F540 is expected to be available in the U.S. in October 2010 and in Europe in November 2010 for a suggested retail price of $149.99