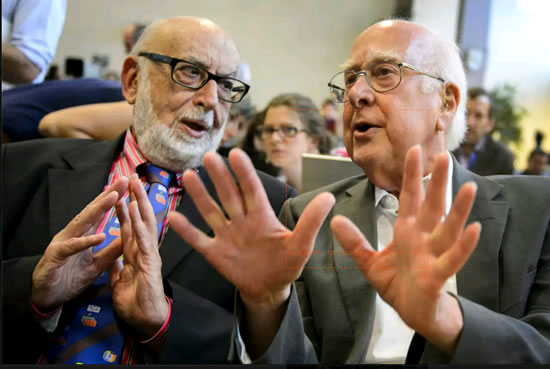 Carl Richard Hagen put his cellphone by the bed before he retired Monday night, just in case. The call from Stockholm, if it came, would come before dawn Tuesday. But he wasn’t optimistic. Two other people seemed much more likely to win the Nobel Prize in physics. He knew why, too: the Rule of Three. The Royal Swedish Academy of Sciences has certain strict rules when it comes to Nobel Prizes. The recipient must be living. And no prize will be awarded to more than three individuals.

Hagen, 76, a professor of physics at the University of Rochester, is one of six physicists, five of them still alive, who have been credited with developing the theory that led to the epic quest for the particle known as the Higgs boson. Scientists at CERN, the European physics laboratory, announced last year in Geneva that they had found it with the atom-smasher called the Large Hadron Collider. Tuesday morning, Hagen awoke at 6:30 and looked at his phone.
Continue Reading: