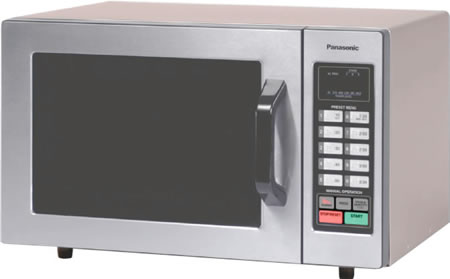 Matsushita Electric Industrial Co. will inspect and replace defective parts used in about 3 million units of its home appliances for free because the parts could be fire hazards, the company announced Wednesday. The home Appliances include twelve types of microwaves, five types of refrigerator-freezers and 11 types of clothes dryers, including three types of dryers supplied to Mitsubishi Electric Corp., are included in the recall. In October 2002 in Aichi Prefecture, two people suffered throat injuries after inhaling smoke coming from a burning clothes dryer. About 1.9 million microwaves in question were manufactured from 1988 to 1993. The wiring and parts of the appliances are at risk of overheating, possibly creating sparks and igniting flammable plastic parts. The refrigerator-freezers, comprising about 300,000 units manufactured from 1989 to 1992, and about 820,000 dryers manufactured from 1993 to 2001 pose a similar risk.

Nine accidents involving smoke or fire with microwaves have been reported, in addition to five with refrigerator-freezers and nine with clothes dryers that damaged floors or the products’ parts. Only about 260,000 of the aging Matsushita products are thought to still be in use. The free inspection and repair work is expected to cost more than 1 billion yen, the firm said.