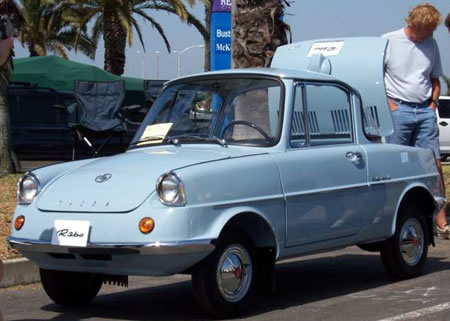 Mazda took a bold step into the passenger car segment in 1960 when it commenced production of the R360 Coupe minicar. Since then, Mazda has developed into a truly global corporation through production and international sales of sports cars such as the world’s first dual-rotor rotary engine car, the Cosmo Sport (known as the R110S in overseas markets).

Mazda has long been committed to adopting innovative manufacturing techniques for efficient production that is both people and environmentally friendly. Recently, wider use of initiatives such as Mazda’s Three Layer Wet Paint and Integrated Scheduled Production systems has enabled a uniquely flexible and high quality synchronized production line.