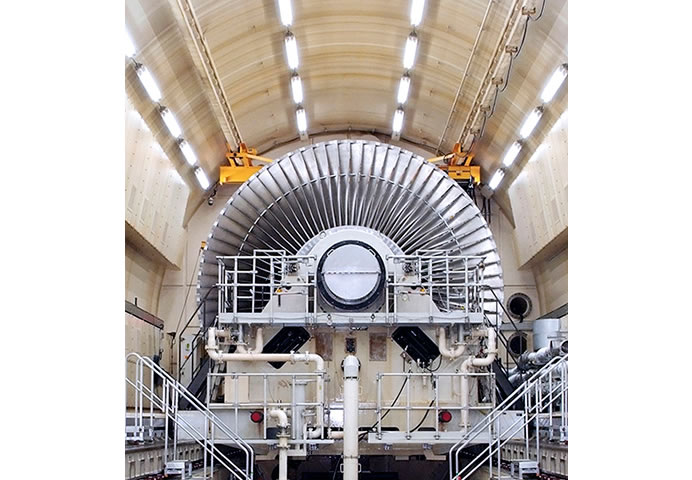 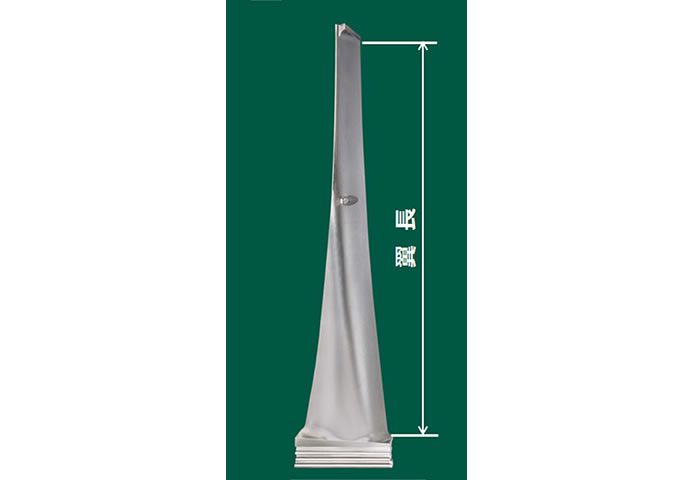 The rotational vibration test uses a full-scale test rotor with a 74IN LSB, operated at nominal rotational speed. This is to verify the vibratory characteristics of the blades. Testing was performed at MHPS’s high-speed balance testing facility, one of the world’s largest facilities of its kind. The test results confirmed that the 74IN LSB achieved its targeted vibratory characteristics and can be operated safely. Steam turbines using the 74IN LSB can be used at 1,200-megawatt (MW) class nuclear power plants – currently the most popular type globally – as well as larger nuclear plants exceeding 1,500 MW.