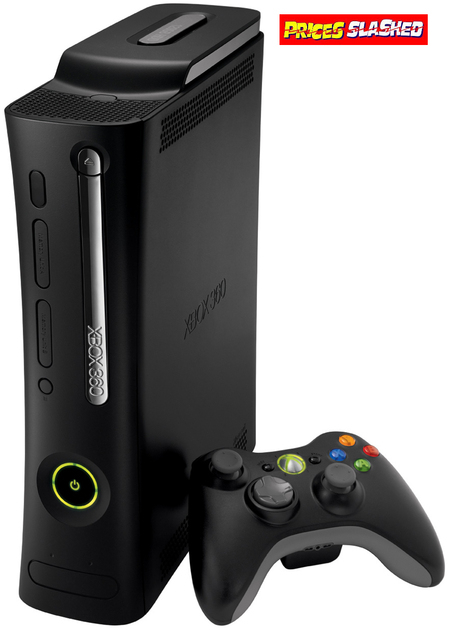 Microsoft Xbox 360 is cheaper by 80-euro in Europe from today!

Microsoft Corp cut the prices of its Xbox 360 video game console in Europe by up to 28 percent on Monday to try to spur sales in a key battleground in the fast-growing industry. This is the second price cut for the Xbox in Europe in less than a year. Last August, Microsoft shaved 7 percent off the euro price of its low-end model and 13 percent off the main Premium model. The 80-euro decrease results in cuts of 18 percent to 28 percent across the three Xbox 360 models, bringing the cheapest Arcade version to 200 euros ($307) and the high-end Elite to 370 euros ($568).

The reductions come as Sony Corp’s PlayStation 3 appears set to capitalize on the company’s recent victory in the high-definition DVD battle and on a slew of highly anticipated new games hitting the market this year.