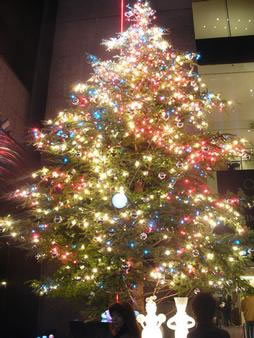 Mikimoto giant Christmas tree in front of its Ginza store

“I would like to adorn the necks of all the women of the world with pearls,” Kokichi Mikimoto said shortly after he succeeded in culturing a perfectly round pearl. He seemed to be rambling on about an unachievable dream. However, the elegant beauty of Kokichi’s pearls was eventually recognized by women throughout the world, and his wish was fulfilled, as the name “Mikimoto” became well-known around the globe.Mikimoto was born as the first son of a shop owner in Toba, Mie prefecture. At the age of 13 he left school and sold vegetables to support his family. Seeing the pearl divers of Ise unloading their treasures at the shore in his childhood started the fascination with pearls. In 1888 Mikimoto obtained a loan to start his first pearl farm at the Shinmei inlet in Shima province together with his wife and partner Ume. On July 11, 1893, after many failures and near bankruptcy, the first cultivated pearl was obtained. It took another 12 years to create completely spherical pearls that were indistinguishable from natural ones. 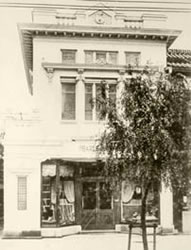 In 1899, 6 years after obtaining his first cultured pearls, Mikimoto opened the first Mikimoto pearl shop in the fashionable Ginza district of Tokyo. In order to learn more about the jewelry industry overseas, Mikimoto sent his brother to Europe to do some research. When his brother returned with information about the Art Nouveau and Edwardian styles, Mikimoto began to fashion traditional Japanese jewelry and other items with a European feel. The Mikimoto empire expanded internationally soon thereafter.