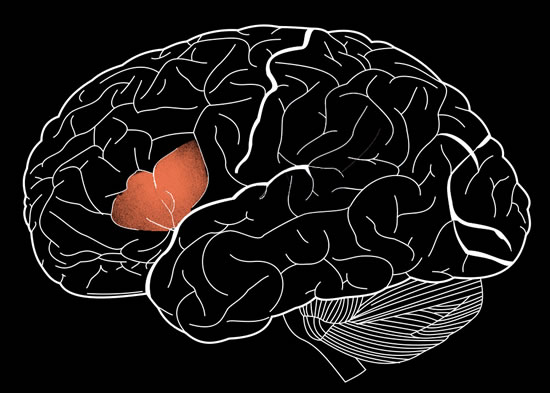 A century and a half ago, French physician Pierre Paul Broca found that patients with damage to part of the brain’s frontal lobe were unable to speak more than a few words. Later dubbed Broca’s area, this region is believed to be critical for speech production and some aspects of language comprehension. However, in recent years neuroscientists have observed activity in Broca’s area when people perform cognitive tasks that have nothing to do with language, such as solving math problems or holding information in working memory.

Those findings have stimulated debate over whether Broca’s area is specific to language or plays a more general role in cognition. A new study from MIT may help resolve this longstanding question. The researchers, led by Nancy Kanwisher, the Walter A. Rosenblith Professor of Cognitive Neuroscience, found that Broca’s area actually consists of two distinct subunits. One of these focuses selectively on language processing, while the other is part of a brainwide network that appears to act as a central processing unit for general cognitive functions.
Source: