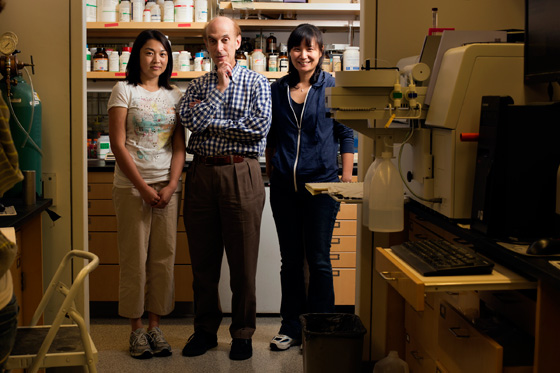 Drugs containing platinum are among the most powerful and widely used cancer drugs. However, such drugs have toxic side effects, and cancer cells can eventually become resistant to them. MIT chemistry professor Stephen J. Lippard, who has spent much of his career studying platinum drugs, has now identified a compound that kills cancer cells better than cisplatin, the most commonly used platinum anticancer drug. The new compound may be able to evade cancer-cell resistance to conventional platinum compounds.

“I’ve long believed that there’s something special about platinum and its ability to treat cancer,” Lippard says. Using new variants, “we might have a chance of applying platinum to a broader range of cancer types, more successfully,” he says.
More: