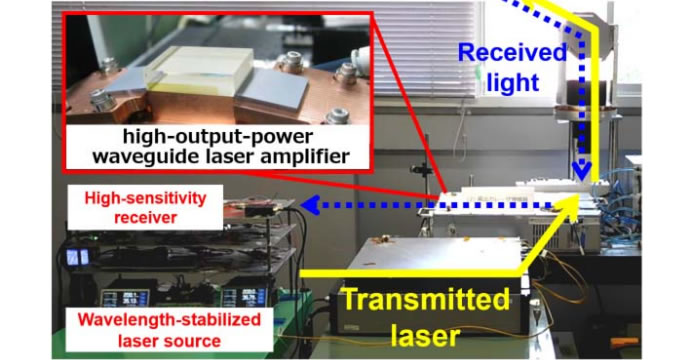 Mitsubishi Electric announced today that it has started demonstration testing of a new system equipped with wind LIDAR (light detection and ranging) and water vapor DIAL (differential absorption LIDAR) measuring methods for the early forecasting of torrential rain. The system incorporates a newly developed high-output-power waveguide laser amplifier that delivers what is believed to be the world’s highest output, 15.8 millijoules, using an a single-frequency pulse laser in the 1.5μm wavelength, which is not harmful to human eyes. 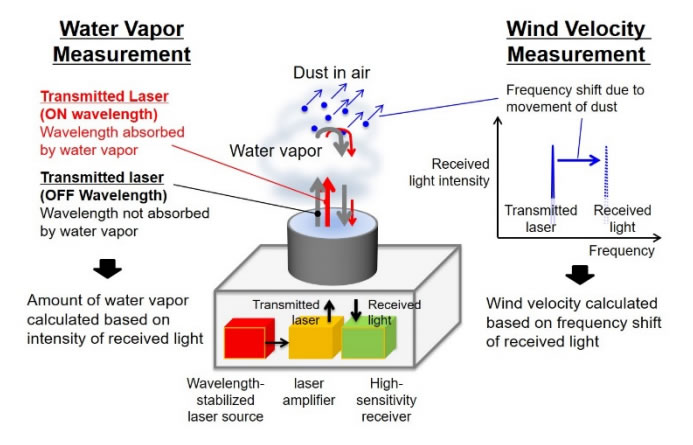 The new system, which is based on a conventional wind LIDAR that Mitsubishi Electric released on May 28, 2014, has been enhanced for the measurement of water atmospheric vapor. It transmits laser beams from the ground to simultaneously measure the amount and distance of water vapor as well as the speed and direction of wind. Long optical path for amplification is folded to downsize and the laser beam is confined in the planar waveguide. The design is both compact (30 mm x 23 mm x 8 mm) and achieves an amplification factor of 400 times, which has similar characteristics of optical fiber amplifiers and 27% greater than that of conventional amplifiers which use solid-state laser materials. 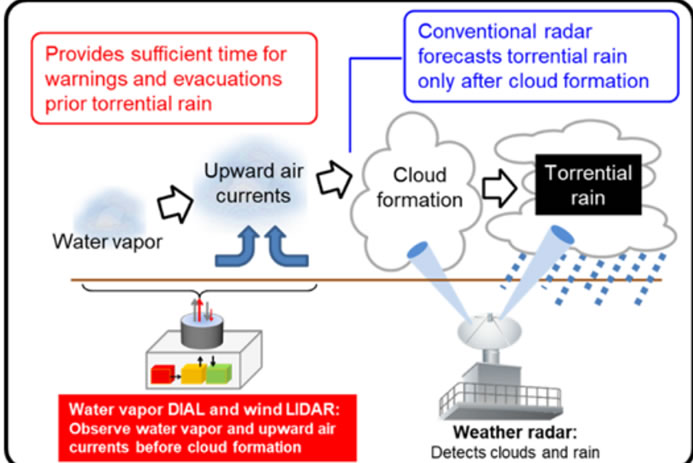 The tests are expected to demonstrate that the system simultaneously measures water vapor in the air and upward air currents, which cause cumulonimbus clouds, quicker, more accurately and in a wider range compared to conventional alternatives. Going forward, Mitsubishi Electric expects to make further improvements prior to launching a commercial system for the extra-early forecasting of torrential rain. The wind LIDAR and water vapor DIAL demonstration system will be exhibited at CEATEC JAPAN 2018 at Makuhari Messe exhibition complex in Chiba Japan from October 16 to 19.