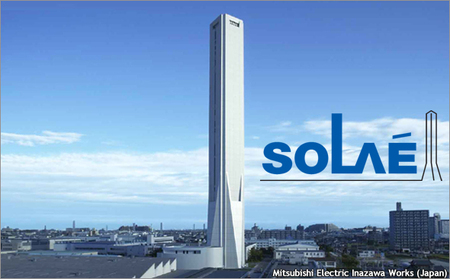 Mitsubishi Electric ships its 400,000th made in Japan elevator/escalator to Tokyo metro Co

Inazawa Works, located in Inazawa City of Aichi Prefecture, Japan is the domestic base of production as
well as the global base for development of Mitsubishi Electric’s elevators and escalators. The 173 meter-high elevator testing tower SOLAÉ which was built on the grounds of Inazawa Works in 2007, is used for R&D of high-speed and large-capacity elevators for super-high rise buildings.