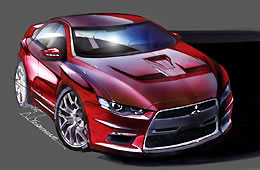 Mitsubishi Motors Corporation and Mitsubishi Motors North America Inc will unveil the Prototype X concept for a next-generation high-performance 4WD sport sedan at the 2007 North American International Auto Show (the Detroit Motor Show). The Prototype-X concept car on show is an advance development model for the new Lancer Evolution due to be launched in the 2007 fiscal year. Embodying Mitsubishi Motors’ trademark “fun to drive” qualities throughout, Prototype-X features styling based on the current Lancer but was developed to project a visibly higher performance image. 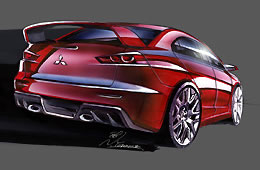 The concept model is fitted with Mitsu-bishi’s S-AWC (Super All-Wheel Control) vehicle dynamics system that delivers the ultimate in four-wheel drive traction and handling control together with a new turbocharged MIVEC engine with an aluminum cylinder block and a high performance 6-speed manual transmission. The 2007 NAIAS runs from January 7 to 21 at the Cobo Center in Detroit and opens to the general public on January 13.