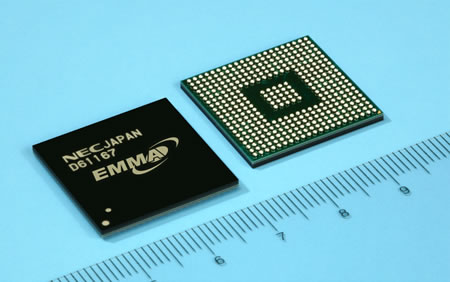 NEC EMMATM2TS system-on-chip is compliant with the “simplified DTT tuner” specifications and guidelines published by the Japanese Ministry of Internal Affairs and Communications and the Association for Promotion of Digital Broadcasting (Dpa) in preparation for the full migration to digital terrestrial broadcasts in Japan. Volume production is scheduled to begin in the spring of 2009, and is expected to reach 300,000 units per month by 2010.