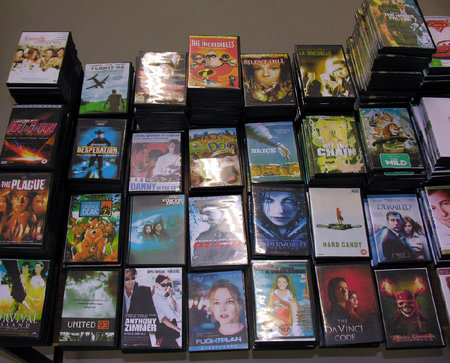 NHK on Wednesday unveiled a new system to put hidden identifiers into films to trace counterfeit works distributed over the Internet. The system, developed with Mitsubishi Electric Corp, consists of highly detailed electronic signals which are put inside films and other visual works but invisible to the human eye. If a person copies the film at a cinema or in front of a television screen, his or her camera will automatically tape the signal which will stay in the machine’s memory. Automatic software can then search the Internet using the coded signal to find any works that have been illegally copied. The code can also help authorities trace the exact cinema and screening at which the person illegally taped a film.

The signal will stay and can be traced, even if only part of the image is put on line. NHK or Japan Broadcasting Corporation is Japan’s public broadcaster. Today it operates two terrestrial television services (NHK General TV and NHK Educational TV), three satellite services (NHK BS-1, NHK BS-2, and NHK Hi-Vision – High-definition TV), and three radio networks.