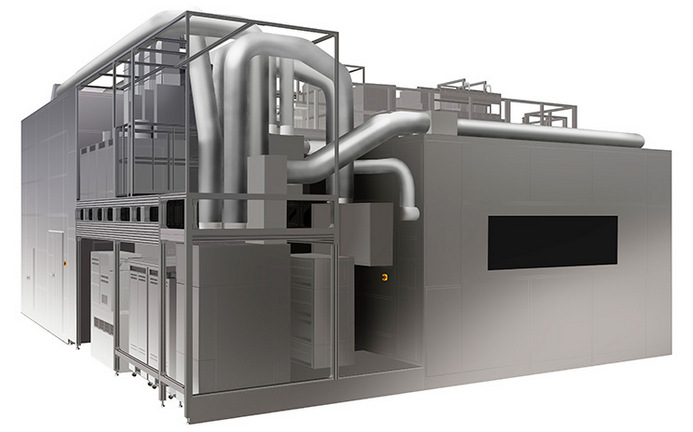 The Nikon FX-88S incorporates the i-line projection lens, originally developed for the G6 plate FPD lithography system FX-68SH/68S to achieve mass production of high-definition panels. The multi-lens system achieves batch exposure over a wide area with high resolution. The entire surface of the G8 plate can be exposed in 4 scans. In addition, compared to the conventional FX-86SH2, the drive speed of the stage has improved by 30% or more, and the takt time has shortened significantly. Nikon FX-88S will be available from April.