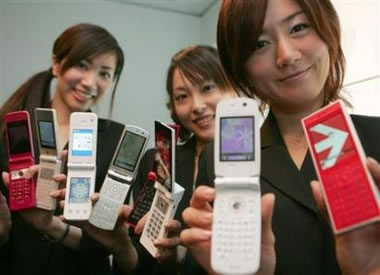 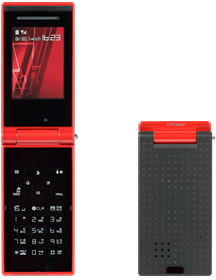 NTT DoCoMo, Inc. and its eight regional subsidiaries announced today the development of new 3G FOMA handsets – the 703i Series, D800iDS and SO903iTV.The 703i Series consists of eight models: N703iμ (iμ is pronounced i-mew), P703iμ, D703i, F703i (stylish waterproof hand set), N703iD, P703i, SH703i, and SO703i. Aroma handset SO703i comes with scented sheets designed to relax the users while making calls. The phone offers nine aroma choices for the consumer, each coupled with a different panel design. Most of the models are extra slim, with the N703iμ and P703iμ being the thinnest W-CDMA clamshell handsets in the world (11.4mm) as of January 15, 2007. Model N703iμ with enhanced music player supports SD audio and the Privacy Angle which is activated by holding down the”8” key, prevents others nearby from reading screen. The camouflaged 7 x 7 dot LED on the back panel of the N703iμ handset displays a variety of information. The handset measures 103×49.11.4mm and weighs 90 grams. With 200 minutes of continuous talk time, handset N703iμ is available in three colors-Red, Green and Brown. Handset model D800iDS has two screens: a conventional screen and a touch-screen instead of a keypad, making it easy to input letters. .N703iD will be marketed on January 26. 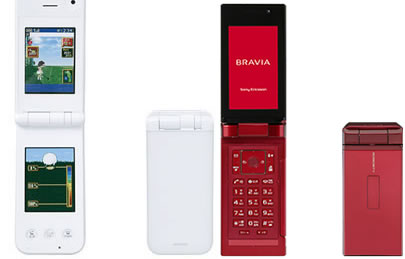 DoCoMo also unveiled the SO903iTV handset equipped with a high-resolution LCD using BRAVIA technology from Sony and high-quality audio for viewing “One-segment” terrestrial digital broadcasts. Mobile Bravia engine jointly developed by Sony and Sony Ericsson delivers excellent color contrast and reproduction with clear, sharp pictures. The other 703i Series models and D800iDS are planned to be sold in February, while SO903iTV is scheduled to be launched in June. All 10 models will be on display at Hillside Plaza in the Daikanyama Hillside Terrace complex in Tokyo from January 17 to 28.