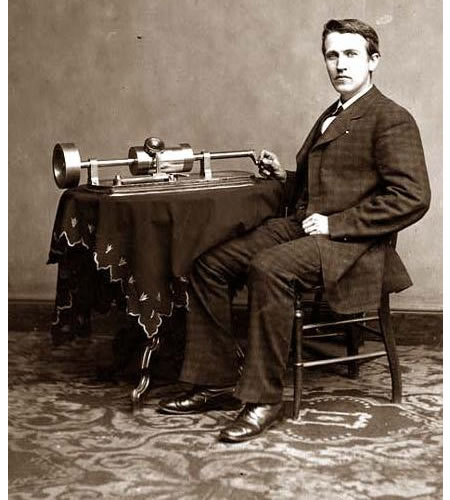 U.S. scientists have found the oldest-known audio, a French inventor’s historic 1860 recording of a folk song, 17 years earlier than Thomas Edison invented the phonograph, media reported Friday. It was made on April 9, 1860, by Parisian inventor Edouard-Leon Scott de Martinville on a device called the phonautograph that scratched sound waves onto a sheet of paper blackened by the smoke of an oil lamp, Giovannoni said. Lasting 10 seconds, the recording is of a person singing “Au clair de la lune, Pierrot repondit” (“By the light of the moon, Pierrot replied”) — part of a French song, according to First Sounds, a group of audio historians, recording engineers, sound archivists and others dedicated to preserving humankind’s earliest sound recordings.

The truth is that Edouard-Leon Scott de Martinville was the first person to have recorded (sound) and played it back. There were several people working along the lines of Scott, including Alexander Graham Bell, in experimenting — trying to write the visual representation of sound before Edison invented the idea of playing it back. It’s magic,” audio historian David Giovannoni said. “It’s like a ghost singing to you.