With the system’s fast image acquisition speed of 0.005s/frame and 120nm resolving power, the newly-launched SpinSR10 achieves high-speed super-resolution imaging. That imaging can observe detailed changes in subcellular organelles as they happen, which can be expected to contribute to further progress in medical research fields like autophagy. Olympus SpinSR10 is expected to contribute to research in fields such as medicine and biology, which requires observation of fine structures. 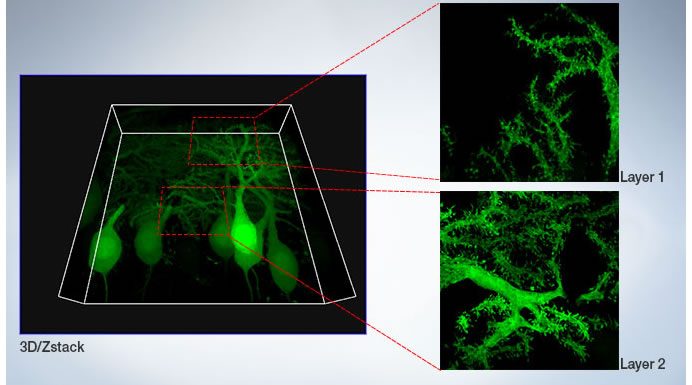 Other than super-resolution observation, Olympus SpinSR10 supports fluorescence microscopy with a wide field of view, and confocal observation, with one-touch switching between these three modes. After observation of a wide field of view is used to find the target area, the user can easily switch to confocal, and super-resolution observation, a smooth process which makes it quick and easy to find the region of interest. The silicone-immersion objectives, designed for observing deep areas, can focus down to the deeper parts of even a thicker sample. Olympus SpinSR10 will be launched worldwide (with the exception of some regions) from January 2018. 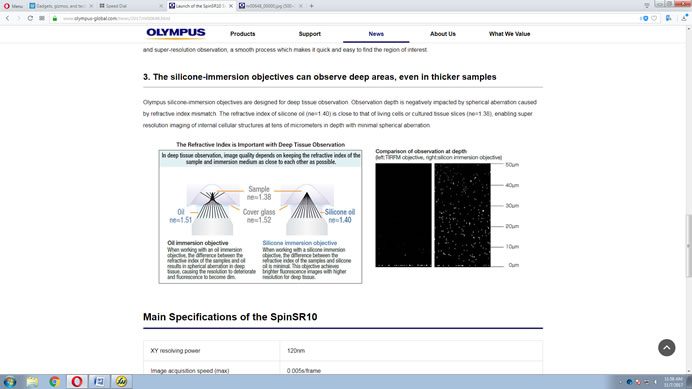