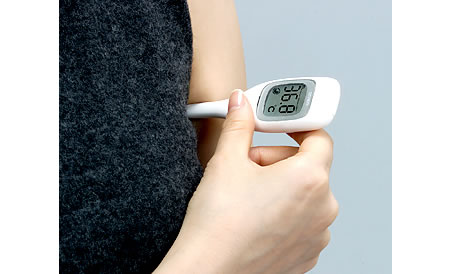 Omron today announced that its i-Temp digital thermometer MC-670-E , which will debut in Europe this October, won a Gold Award at the iF Product Design Awards 2007. In addition, the Company’s SpotArm i-Q132 digital blood pressure monitor model HEM-1010-E, to be launched in the region this June, was recognized with a general prize. The prize-winning thermometer is the European version of model MC-670, which went on sale in Japan in November 2004. The main features of the thermometer are – a flat tip that allows users to hold it comfortably in the armpit, a large, easy-to-read LCD and a sleek body that fits easily in the hand. The thermometer was highly regarded by iF judges for its large LCD, which is designed for easy reading by users of all ages. The Omron i-Temp digital thermometer MC-670-E measures 125.2× 15mm and weighs 27.0g. 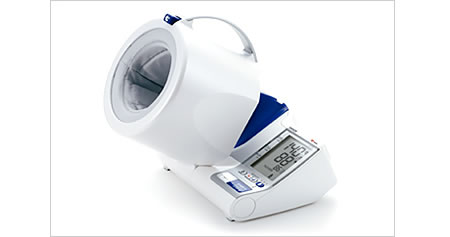 The Omron SpotArm i-Q132 digital blood pressure monitor is the European version of a model that was released in Japan in September 2006. Featuring a cylindrical cuff ergonomically designed to ensure users maintain proper posture for accurate measurement, SpotArm i-Q132 can record blood pressure data taken in the morning and evening to calculate an average value, helping users detect ‘morning hypertension.