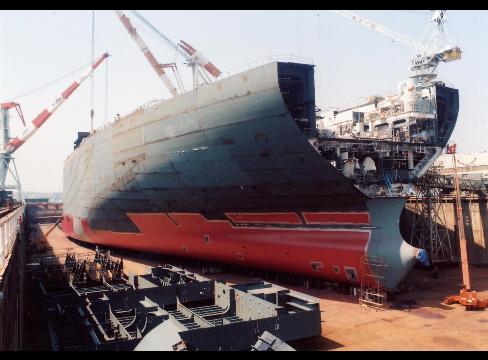 Orders of only nine ships were made in January worldwide, a meager six percent of last year’s 151 ships, according to the global shipbuilding industry researcher Clarkson. Four went to Korea and five to China, while shipbuilders in other regions, including Japan and Europe, did not receive a single order. In January, the global shipbuilding industry saw orders for new ships fall 96 percent from a year earlier, based on CGT (compensated gross tons). Korea’s “Big 3” shipbuilders — Hyundai Heavy Industries, Samsung Heavy Industries, and Daewoo Shipbuilding and Marine Engineering — also received no orders in February.

The number of scrapped ships worldwide in January reached as many as 75, a mere 20 percent of last year’s total at 372. With the decreased volume, ship-owners seem to have judged that it is better to scrap old ships rather than to pay expenses to retain them.