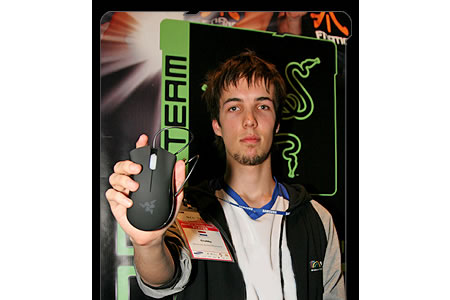 Razer today announced that Grubby has joined Team Razer’s stable of sponsored teams. Grubby will be an integral part of MYM’s Warcraft III team. As an Orc king, Grubby has seen immense success at an international level, having been chosen four times as WC3L’s Most Valuable Player, twice as eSports WC3’s Player of the Year and one eSports Player of the Year award in 2006. With Grubby’s inclusion into MYM, Team Razer now has the best mix of Warcraft III players globally.