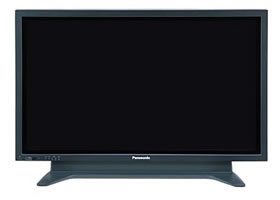 Matsushita Electric Industrial Co., Ltd. and Toray Industries, Inc today announced plans to build a new plasma display panel (PDP) manufacturing facility in Japan. It will be the fifth PDP plant of their joint venture, Matsushita PDP Company Ltd. (MPDP), enabling Panasonic to further step up its PDP production capacity, making it by far the largest PDP manufacturer in the world. To leverage concentration of manufacturing facilities to its advantage, MPDP plans to build the new plant in Amagasaki, Japan near the existing fourth plant. The construction is scheduled to start in November 2007 and the first phase of the production in May 2009. By introducing the latest facilities as well as MPDP’s leading-edge processing technologies and production systems, the new plant will realize as many as ten 42-inch panels, or eight 50-inch panels, from a single sheet of glass, the world’s largest number of panels per sheet in PDP production.