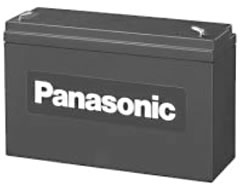 Matsushita Battery Industrial Co., Ltd. will set up a new lithium-ion battery production facility at its factory in Wakayama Prefecture in Japan. The new facility will boost the company’s domestic production capacity to meet a growing demand for lithium-ion batteries. MBI is a subsidiary of Matsushita Electric Industrial Co., Ltd. which is best known for its Panasonic brand products. Up until now, the Wakayama factory has been a battery component production base. With the construction of the new facility, it will become a production center with an integrated production system from material processing through to assembly, inspection and shipments. This will give MBI two integrated production bases for cylindrical and prismatic-type batteries in Japan, including its factory in Osaka.

Construction of the new facility in Wakayama is scheduled to commence in December 2007 and be completed by May 2008. As a result, MBI’s total lithium-ion battery production capacity from factories in Osaka and Wakayama in Japan and Wuxi in China will increase approximately 50 percent from the current 25 million units per month to 37 million units per month in the business year ending March 2010.