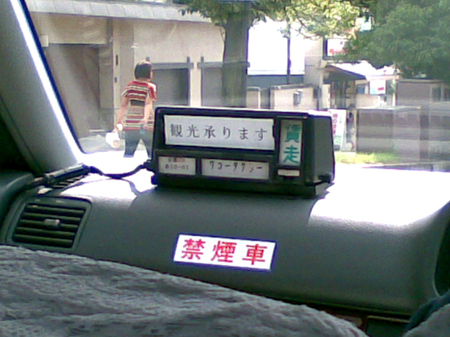 Passenger refuses to pay US$ 3,666 taxi fare for 1,100-km drive and gets arrested in Japan

!
Takeshi Utsunomiya aged 49, got into the taxi near Shinagawa station in Tokyo and asked the driver to take him to his hometown, Kagoshima- 1,100-km drive on Saturday March 28. On the following day, when the taxi stopped at a gas station, the driver got suspicious and called the police to report the incident. Police caught up with the taxi driver and his passenger at Dazaifu in Fukuoka Prefecture, and took Utsunomiya in for questioning. At the time of his arrest, Utsunomiya, who is unemployed, had a bag, two broken cell phones and roughly 500 yen in his possession. The driver told police the 500 yen in loose change was his because he had loaned Utsunomiya some money to buy snacks along the way.

While on the road, Utsunomiya borrowed the driver’s cell phone and asked his relatives to pay the fare. Although all of his relatives said no, he pretended that he could manage to borrow the money from one of his relatives once they got to Kagoshima, police said.