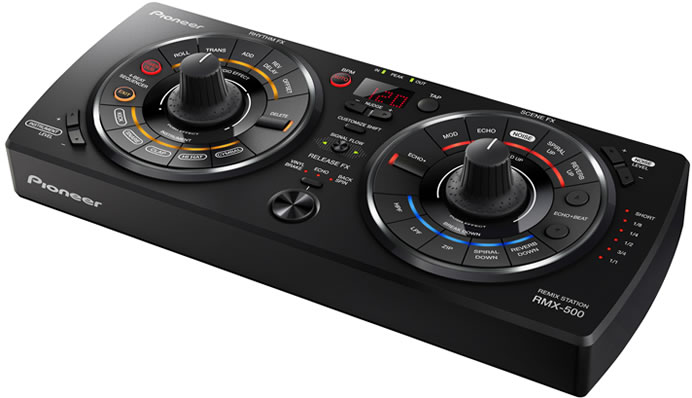 Pioneer today launched the REMIX-STATION 500, which enhances DJ performances with its ability to generate a range of sound effects with a variety of buttons and controls, all accessible at the user’s fingertips. The REMIX-STATION 500 offers three effect sections, Rhythm FX, Scene FX and Release FX, for simple musical arrangements and features the industry’s first Pressure Controller knobs, which further alter and vary the effects of the arrangements. In addition, the system can also act as a USB controller when used with the included VST1/AU2/RTAS3 RMX-500 Plug-in software.

The system also includes a Release FX button that eliminates the current music playing and leaves only the sound effects when activated. Release FX can also be used to create the opposite effect. When the button is disengaged, all section effects are eliminated while the original music continues to play. The REMIX-STATION 500 will be available in February with a suggested retail price of $499.