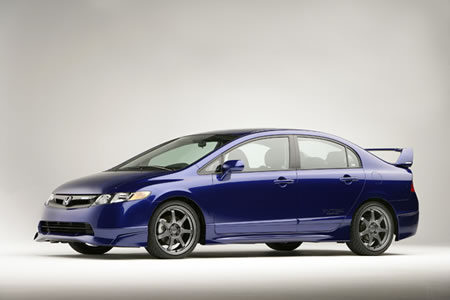 Additional accoutrements include front and rear MUGEN emblems along with a serial number placard on the instrument panel. A spherical 50 mm MUGEN aluminum shift knob replaces the standard aluminum and perforated leather shift knob. Planned for production in a limited quantity of 500 units a year, the Civic MUGEN Si will be available at U.S. Honda dealers starting in spring 2007 with a manufacturer’s suggested retail price (MSRP) of less than $30,000 and includes a full factory warranty.
Via Honda