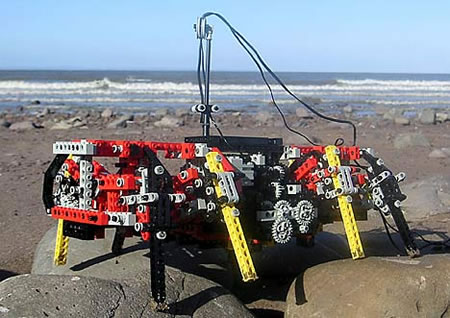 A prototype crab-like robot invented by a post-graduate at the University of Bath (UK) can move about on land and further development is planned for full operations underwater. The prototype crab-like robot is set to make underwater exploration easier in the future. The design of the robot is closely based on the anatomy of crabs – known for their ability to walk both on land and underwater. The technology has potential in the oil and gas industry, marine research or any companies which require independent underwater vehicles, the university said.

The robot was built to copy the features of crabs with four pairs of legs divided in two halves. This biomimetic design is very stable, allows changes in direction and prevents mechanical interference between legs. The prototype robot crab was built with Lego Technic bricks.