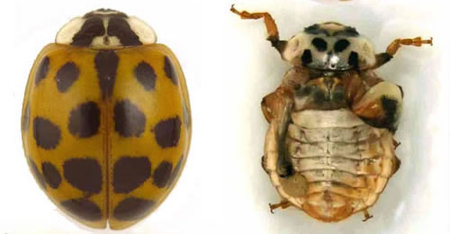 A team of researchers in Japan led by Teruyuki Niimi, associate professor at Nagoya University’s Graduate School of Bioagricultural Sciences has successfully produced the world’s first wingless ladybird beetle, paving the way for a new biological control agent. The new ladybird could be used to efficiently get rid of harmful insects, such as ant cows, as the scope of their activities will be restricted because they are flightless. Teruyuki Niimi used the RNA interference technique to disrupt the gene’s function.

Niimi said the new technique is unlikely to affect the ecosystem as it differs from genetic modification and that the ladybirds’ offspring will be born with wings just like normal ones. He said one of the next steps would be to mass produce such flightless ladybirds, adding that the new technique can be applied to other insects for biological control.