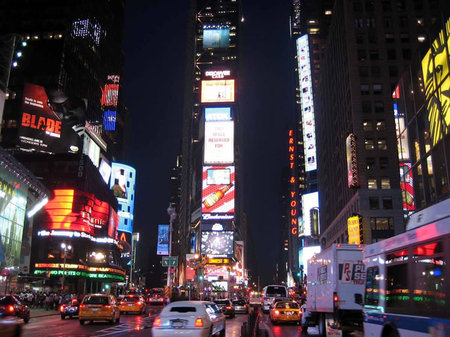 Ricoh, Japan will set up a natural energy-powered billboard in New York City’s Times Square. The billboard will be equipped with four wind power generators and 45 solar cell panels, which will produce about 98 kilowatt-hours of electricity together per day, a level that can run it without outside sources of power.

The Ricoh billboard, which will light up in early December, can help reduce carbon dioxide emissions by 18 tons per year.