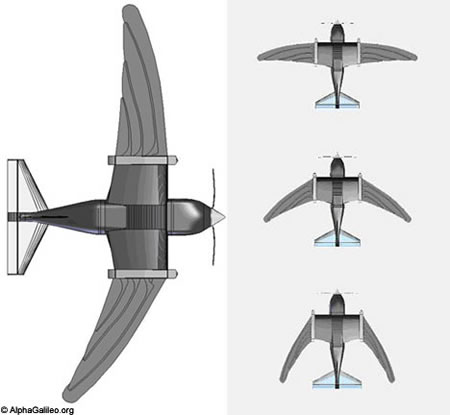 Dutch engineering students have developed a uniquely shaped aeroplane that is inspired by the common swift – one of nature’s most efficient flyers. RoboSwift is a micro airplane fitted with ‘shape-shifting’ wings which mean that the wing surface area can be adjusted continuously making the plane more maneuverable and efficient.RoboSwift will have a span of 50 cm span and 80 grams weight. It can follow a group of swifts up to 20 minutes and perform ground surveillance up to one hour thanks to its lithium-polymer batteries that power the electromotor, which drives a propeller.The aircraft will be able to go undetected while using its three micro cameras to perform surveillance on vehicles and people on the ground. The propeller folds back during gliding to minimize air drag. 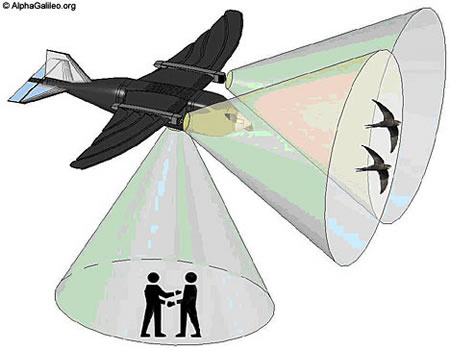 The RoboSwift team presented the design at a symposium at the Delft University and will build the high-tech micro airplane over the next few months; it is expected to fly in January 2008. The student team will build three RoboSwifts to participate in March 2008 in the First American-Asian Micro Air Vehicle competition in India.