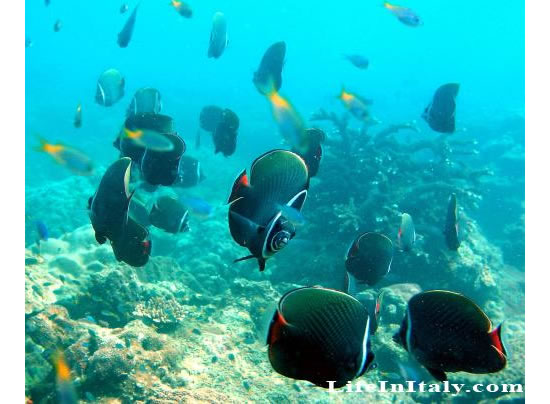 Robotic fish completely integrates into its test group of fish and even become the school leader!

The first robotic fish successful debuted among other real fish, paving the way for better understanding of animal collective behavior, Italian researchers said on Wednesday. The robot capable of imitating real fish, developed by a joint collaboration between Italy’s National Research Council (CNR) and the New York University (NYU), completely integrated into a group of fish and even became the school leader. The robot, developed at NYU by a research team coordinated by Italian Maurizio Porfiri, was tested while swimming together with real fish in a water tunnel at different flow velocities. The robotic fish was intentionally created ugly to help scientists understand if fish followed their school leaders because of their looks, or their movements.

The experiment, the biologist pointed out, may enable a better understanding of animal collective behavior and open new horizons in the methodologies for species conservation, since it would be possible to affect fish behavior through their mechanical counterpart. The robotic fish could be used for the protection of endangered marine species by guiding animal groups away from threatening situations, such as areas contaminated by oil spills.