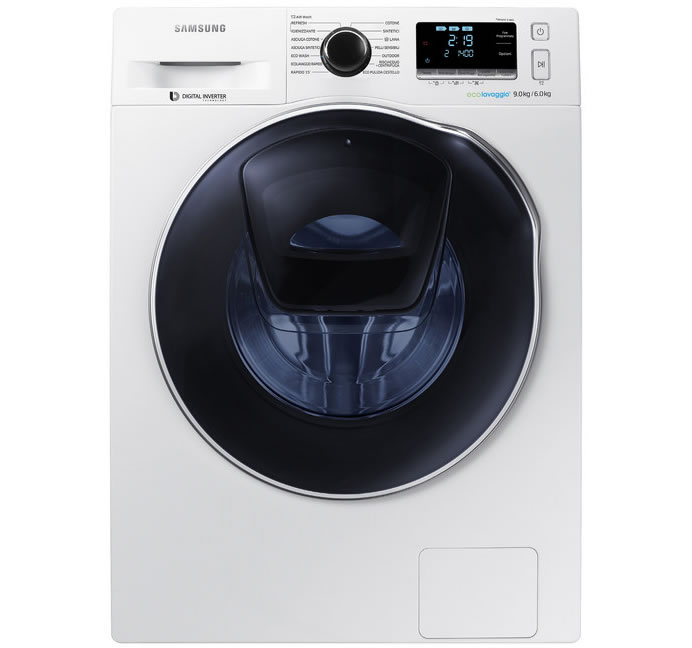 Samsung today announced two new Washing Machines in its AddWash lineup-the Washer-Dryer Combo and the Slim. The move, reflecting strong consumer demand for the original AddWash WW8500 introduced last year at IFA 2015, aims to offer consumers a wider range of options to utilize and enjoy the innovative AddWash feature. The new AddWash Washer-Dryer Combo lineup has two variants, the WD6500K and the WD5500K. The standout AddWash feature is coupled with Air Wash, common to both models, which uses only heated warm air to deodorize and sanitize clothes. That saves them from the wear and tear of a standard load, freshening up laundry without water or detergents. The AddDoor can also be used during a drying cycle. 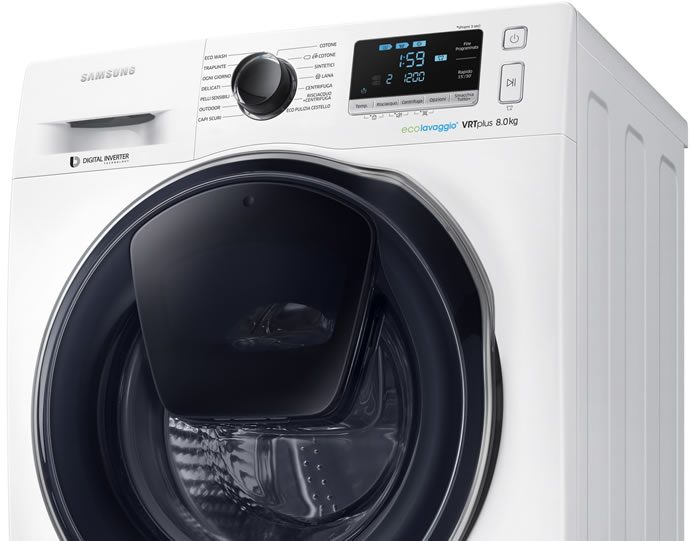 The new Combo model boasts a feature called Super Speed, which is a more efficient way of washing everyday laundry. It shortens rinsing time with a Speed Spray that shoots powerful jets of water and accelerates the spin speed based on the wash load to quickly spin-dry clothes. One load can be completed in just 59 minutes. The Samsung WD6500K comes with a 9KG capacity and Samsung’s highly acclaimed Ecobubble technology. In addition to the sleek AddWash door, these models also feature Samsung’s Digital Inverter, which gives consumers the winning combination of guaranteed long-term performance and durability, minimal operating noise, and superior energy efficiency. 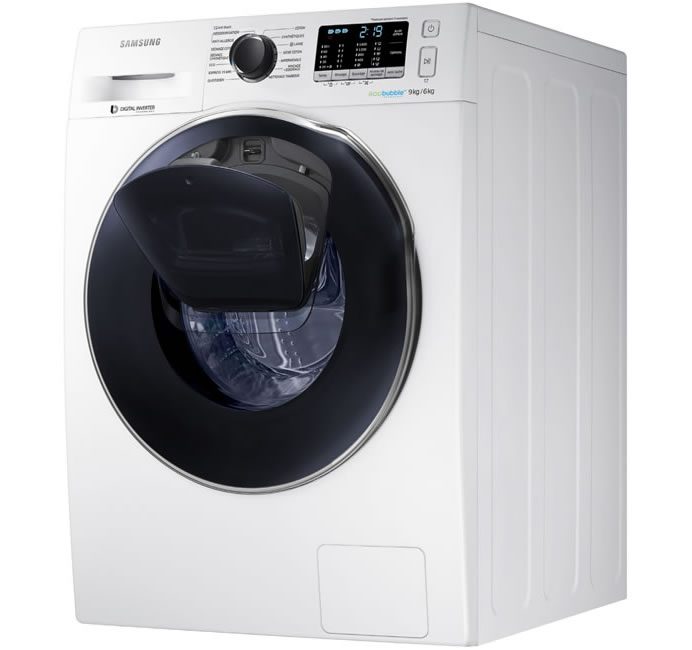 The Slim lineup has three variants, the WW6500K, WW5500K, and WW4500K. All feature the slimmest profile in the industry while offering a range of capacities: 6KG, 7KG, 8KG, and 9KG, to fit modern urban lifestyles which put a premium on available indoor space. Each also comes with Ecobubble technology and Bubble Soak, which adds an extra phase to a normal washing cycle to thoroughly soak dirty clothes in active bubbles, loosening dirt and stains to prepare them to be removed much more effectively. Samsung will display both machines at IFA 2016.