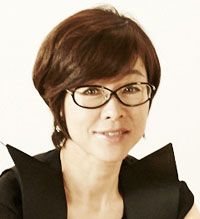 Samsung to unveil smartwatch Galaxy Gear with a non-flexible display in Berlin on Sept.4

Samsung will release its first smartwatch in Berlin, Germany, on Sept. 4, two days ahead of the official opening of this year’s IFA consumer electronics fair. In an exclusive interview with The Korea Times, Lee Young-hee, executive vice president of Samsung’s mobile business, said that the smartwatch, named Galaxy Gear, will use a non-flexible display. Lee said that Samsung will be introducing a new wearable concept device called Galaxy Gear in Berlin on Sept. 4. Samsung has been preparing the smartwatch product for a long time.

According to Lee, Galaxy Gear won’t have a flexible display. The new device will enhance and enrich the current smart mobile experience in many ways. It will lead a new trend in smart mobile communications. Samsung is confident that the Gear will add meaningful momentum to the mobile industry. Galaxy Gear is mainly targeted at young trend setters. Samsung is gearing up against its rivals including Sony to get the upper hand in the market for wearable devices because the smartphone market is heading toward saturation.