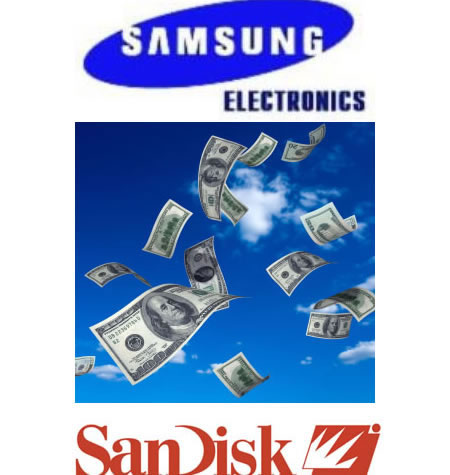 Samsung ready to pay a premium of 80% over SanDisk closing share price on September 15, 2008

Samsung today announced that it has sent a letter to the Board of Directors of SanDisk reiterating its proposal to acquire SanDisk for $26 per share in cash. Samsung offer price is a premium of 80% over SanDisk closing share price on September 15, 2008, and a 66% and 164% premium to Scandisk’s 30-day weighted average price and enterprise value as of September 4, 2008, respectively.

Samsung’s offer is full and fair and Samsung believe that, given an opportunity, SanDisk shareholders would agree. It constitutes a very substantial premium to SanDisk’s share price and would deliver to shareholders an immediate cash premium of 93% over SanDisk’s closing share price on September 4, 2008, the day before news reports indicated that we were in discussions about a business combination.
Source:-