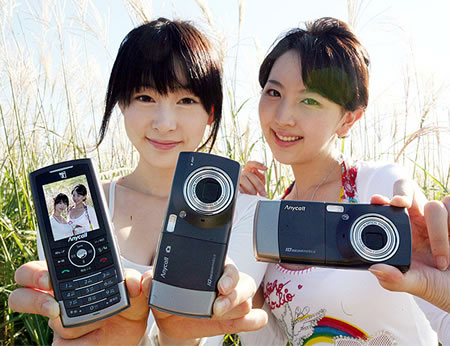 The phone supports external memory (MMCmicro) in addition to its internal memory. The mobile phone supports a TV-out function where users can connect their phones to view still or motion pictures. The B600 comes with a design reminiscent of a real digital camera. The front is designed as a bar-type mobile phone, while the back side is used as the digital camera. Other advanced functions in the Samsung SCH-B600 include an MP3 player, business card reader, and 128 polyphonic sounds. The price of SCH-B600 is around $ 900 in Korea.
Via Newlaunches