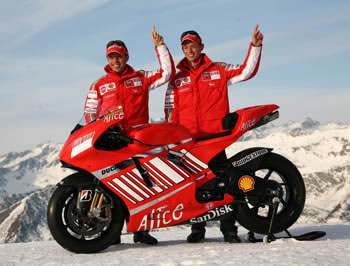 The company’s motorcycles are sold in more than 60 countries worldwide, with a primary focus in the Western European and North American markets. Ducati has won 14 of the last 16 World Superbike Championship titles and more individual victories than the competition put together. Since 2003, Ducati has also been taking part in the MotoGP World Championship. SanDisk is the original inventor of flash storage cards and is the world’s largest supplier of flash data storage card products, using its patented, high-density flash memory and controller technology. SanDisk is headquartered in Milpitas, California, and has operations worldwide, with more than half of its sales outside the U.S.