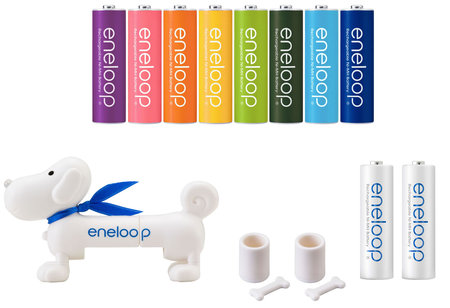 Sale of announced that as of the end of October 2009 its total global shipments of the Sanyo eneloop rechargeable battery reached 100 million cells, approximately four years after its first release in November 2005. In commemoration of this a variety of products are being released with the improved AA-size eneloop that is rechargeable approximately 1,500 Times- No. 1 in the industry. On November 14, 2009 in Japan, two sets of products will be released that both include a simple battery checker designed in the form of the eneloop mascot eneloopy. One set will come with the eneloopy battery checker and AA-size eneloop batteries and the other set will include the eneloopy battery checker, AA-size eneloop batteries, and a quick charger.

Sanyo will follow this by releasing an 8-color AA-size eneloop pack called eneloop tones on December 1, 2009 in Japan. 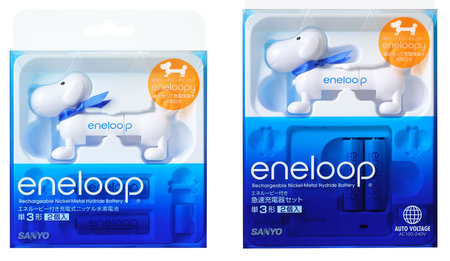