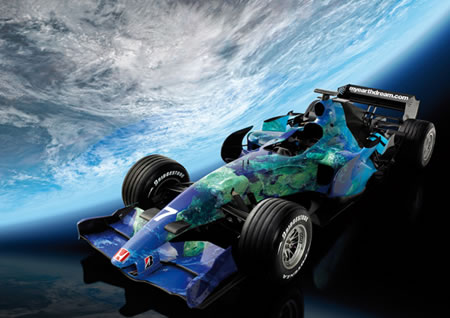 The Honda Racing F1 Team announced a major new initiative for the 2007 Formula 1 season. To help raise awareness of the environmental issues facing the planet, the RA107 F1 car will simply feature a huge image of earth, in place of the advertising and sponsor logos which have featured and dominated all other F1 cars for decades. Via the website www.myearthdream.com anyone who wishes, will have the opportunity to have their name on the car, make a pledge to make a lifestyle change to improve the environment and make a donation to an environmental charity. Under the concept of “our car is your car”, each name will form a tiny individual pixel which will help build the image of planet earth on the car. Each name will be visible on the website when you make the pledge or under a microscope on the car. 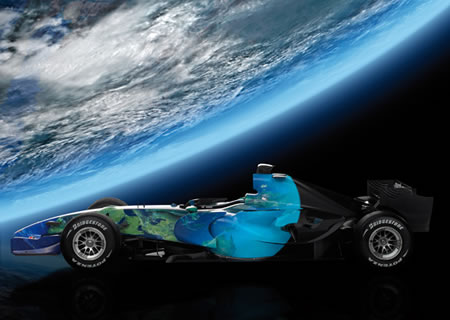 Universal Music, the largest music company in the world, and Gatorade are the first global brands to partner the team in this exciting new concept. Existing partners have enthusiastically embraced the idea and all remain involved with the team for the 07 season. In addition, the team is delighted to announce that Fila, IBM, Instron, Oliver Sweeney, Perkin Elmer, Showa Denko, TUV and GF Agie Charmilles have joined the roster of team partners and suppliers.