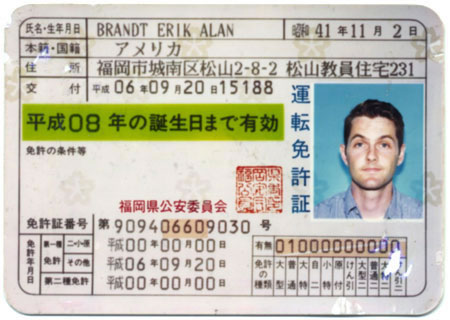 Show your driving license to the vending machine for a pack of cigarettes in Japan!

Cigarette vending machines that accept driver’s licenses for age verification will be available in addition to those that read new smart cards known as taspo. The new type of Cigarette vending machines, to be approved by the Japanese ministry, can read the date of birth on an inserted driver’s license. The Japanese Finance Ministry is planning the move because the taspo card has drawn criticism, probably due to the procedures required to obtain the integrated circuit card, the sources said.

To prevent underage smoking, access to cigarette machines is be restricted to adults carrying taspo cards in Japan by July. According to the Tobacco Institute of Japan, only 8 percent of Japan’s estimated 26 million smokers had applied for the cards as of April 13. To obtain a taspo IC card, consumers need to fill out an application distributed by tobacco shops and mail it to a designated address together with a copy of personal identification such as a driver’s license.