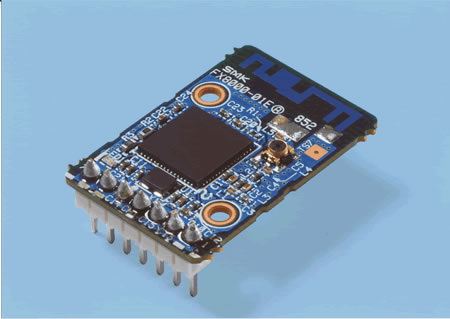 SMK Corporation has developed a network-capable RF module with a built-in 2.4 GHz ISM band antenna. This module is intended for applications in remote control units and can erect a PAN (Private Area Network) in them. Its specifics are outlined below. This new product, featuring a two-way communication function by the use of radio frequencies and a networking function, facilitates structuring a PAN with a remote control unit being the core.