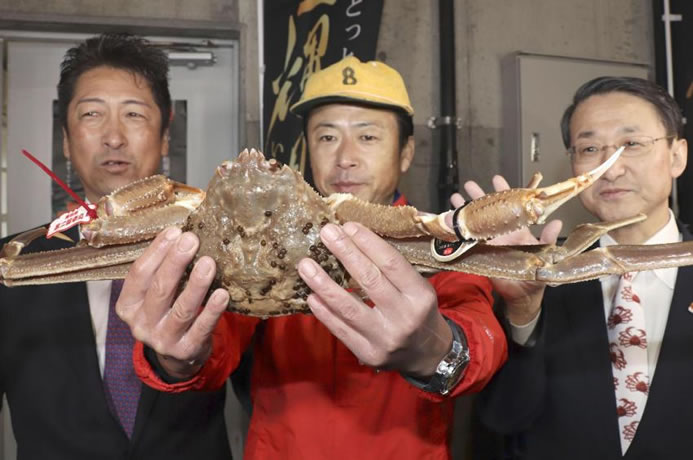 A snow crab caught in Tottori Prefecture in Japan attracted the highest-ever bid for a crab at auction of 5 million yen ($45,883). The Itsukiboshi high-end crab weighing 1.24 kilograms with a 14.6-centimeter shell was caught after the fishing season began in the region at midnight Tuesday. It was sold at the season’s first auction in the port of Tottori city. The successful bidder was local crab seller Kanemasa Hamashita Shoten. It paid 2 million yen at last year’s first auction for an Itsukiboshi crab.

The bid price at the time was recognized by the Guinness World Records as the highest ever for a crab. The crab will be sold to a restaurant in Tokyo’s Ginza shopping district. The season’s first auction held in the town of Shinonsen, Hyogo Prefecture, on Wednesday saw a bid of 3 million yen ($27,531) for a snow crab weighing 1.2 kg.