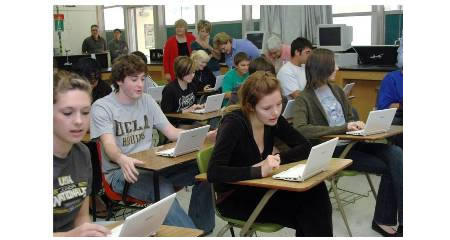 Kazunari Sugimitsu, an engineering professor and director of the Research Center for Intellectual Property Science at Kanazawa Institute of Technology, Japan has developed a computer software that detects electronically submitted academic reports containing passages copied and pasted from the Internet. He has applied for a patent for the software in February and plans to have it commercially available next year. The software breaks down paragraphs of electronic data into clauses and words. The software then searches the Net for similar clauses and words and checks if the “copy” and “paste” functions have been used. If it detects passages containing similar clauses and words, it provides a URL for the professor or teacher to check.

Sugimitsu says the software will not only help professors, who are frustrated by such cheating that is believed to be rampant among students, but it also will be good for the students. Kanazawa Institute of Technology is an institution of higher learning in Japan. It is often called KIT, koudai or for short. The institute is known for its unique educational policy that attaches importance to initiative of students.